Piahia is a very picturesque settlement in the Bay of Islands and our arrival at our Motel room had been quite late last night so we didn't appreciate our surrounds until later in the day (early morning fog blanketed the area). 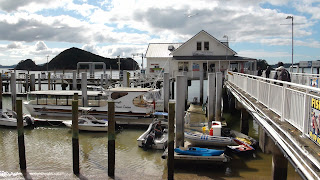 We took off relatively early this morning for a pre-booked cruise with Fuller Great Sights Bay of Islands Tours and tried to put the horrific events of yesterday out of our minds. This started with a power walk to the pier about a kilometre away - Ronnie of course was a bit slower to start but kept going while old bug-a-lugs here had to stop three times... yeah, yeah.. she beat me.. but I am improving and I will get there, mark my words:) 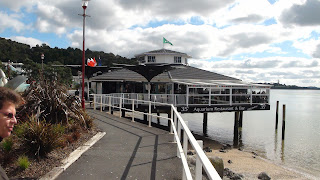 A most informative and enjoyable morning was spent cruising for Dolphins and viewing a number of the Islands. We did come across a pod of 12-15 dolphin  but they appeared to be having a domestic dispute and whilst we were able to get some photo's the pod was not very co-operative. 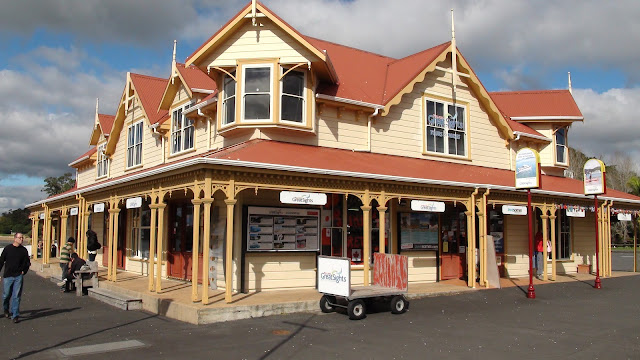 We did a lot of window shopping (my favourite form of shopping I must admit - low cost and no queue's).

I find Kiwi art and especially that of the Maori quite fascinating - everything has a significant meaning much like some of the American Indian tribes such as the Inca.
Highlight of the day was hard to pick today but we both agree the seagulls popping in for a feed while we were speeding along was pretty cool. 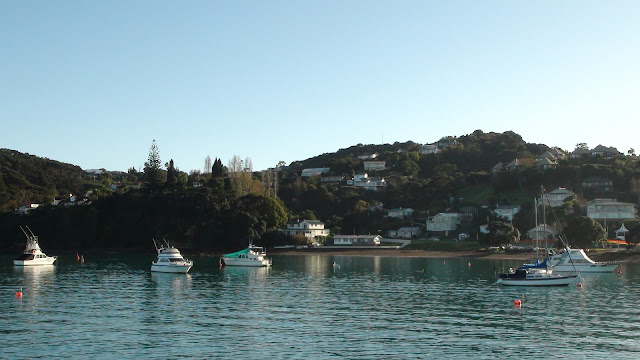 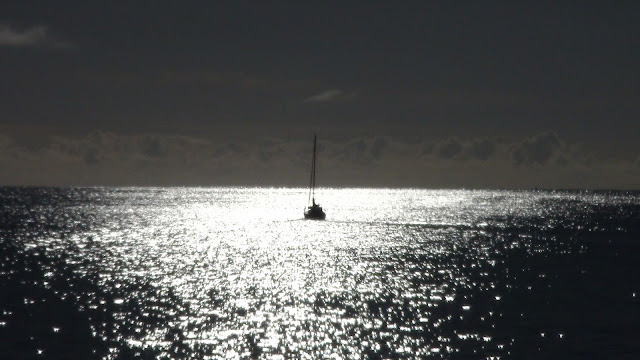 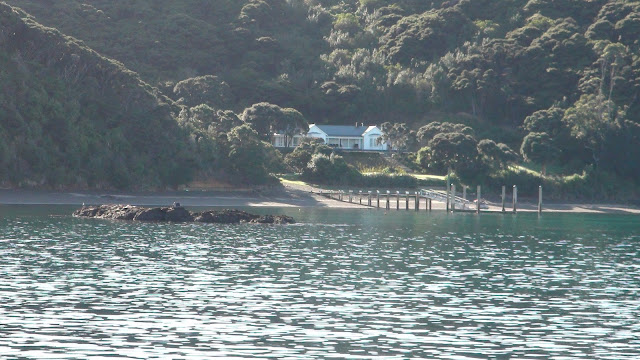 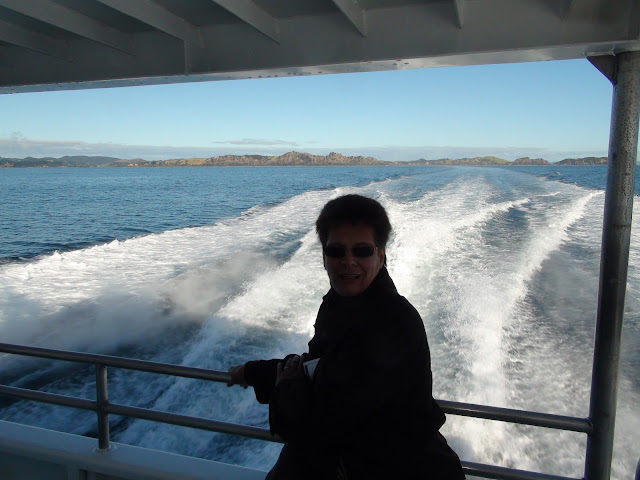 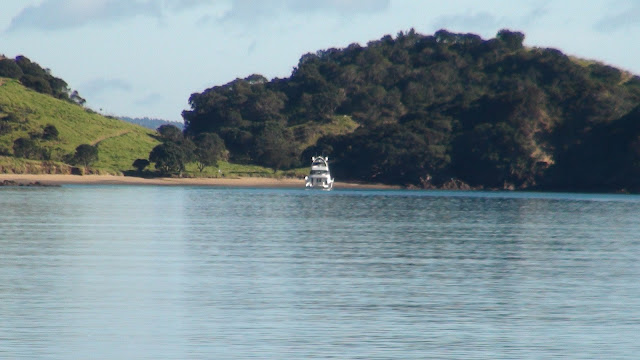 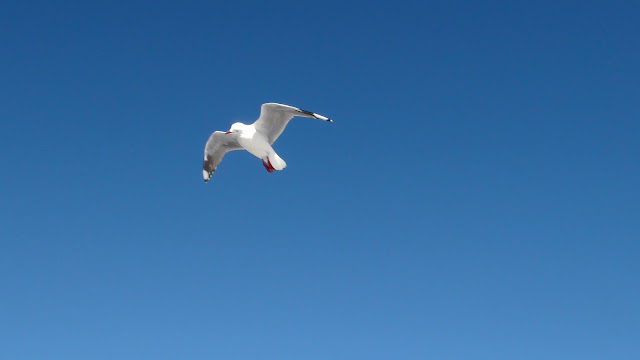 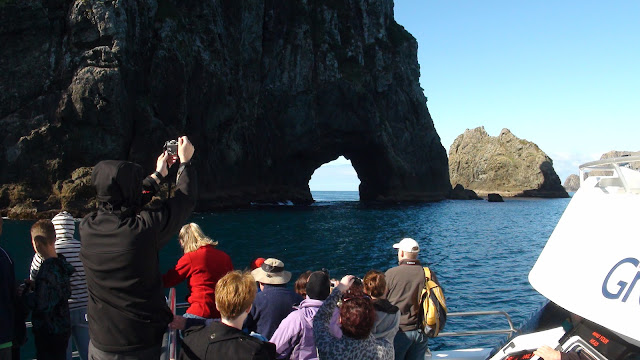 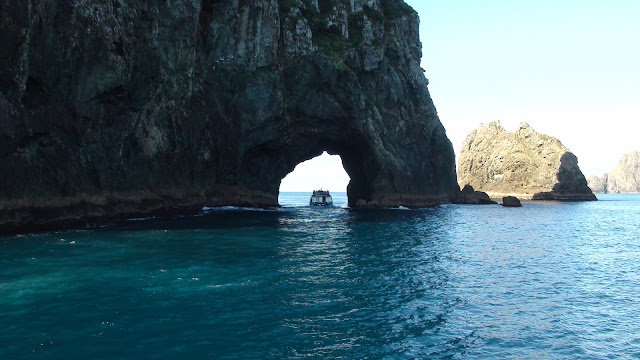 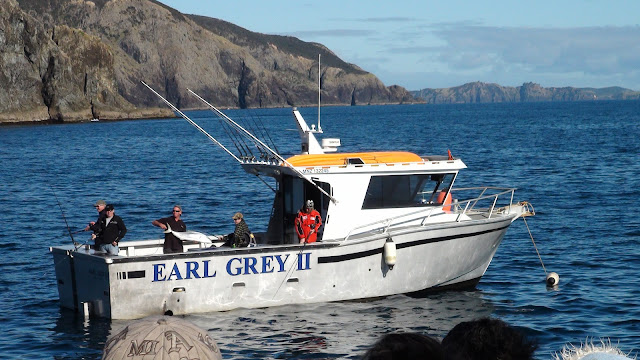 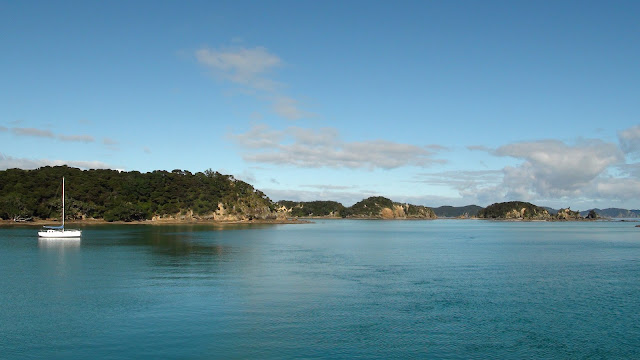 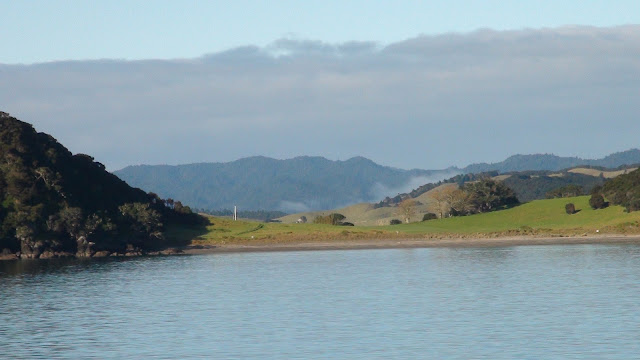 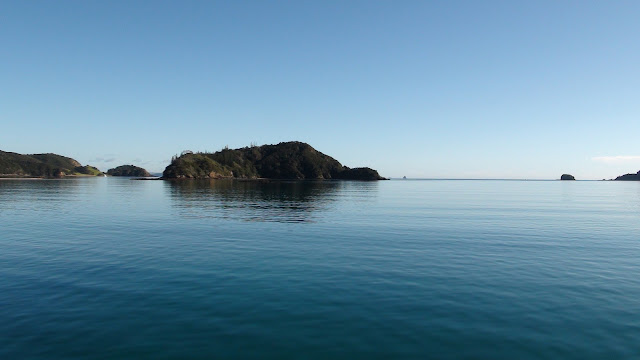 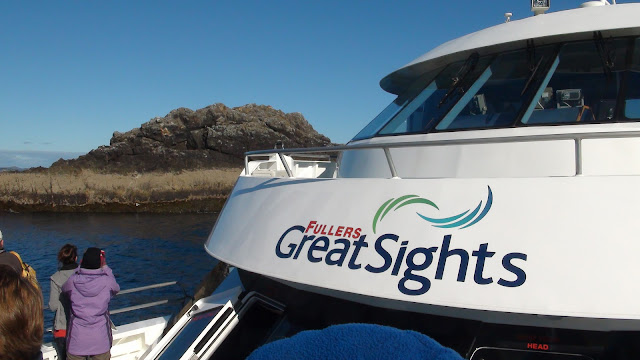 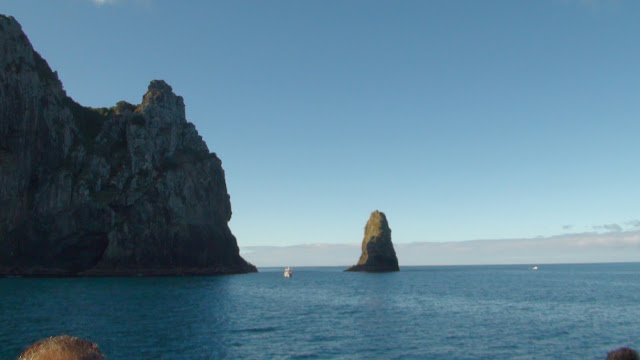 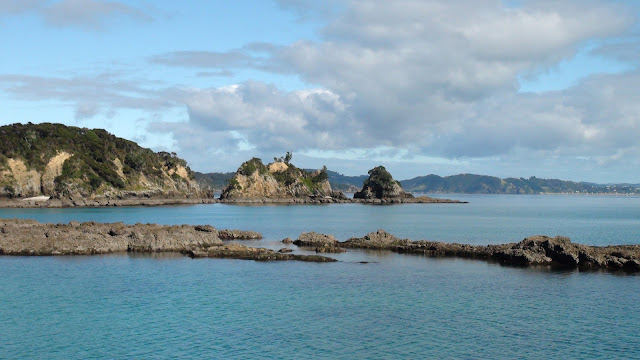 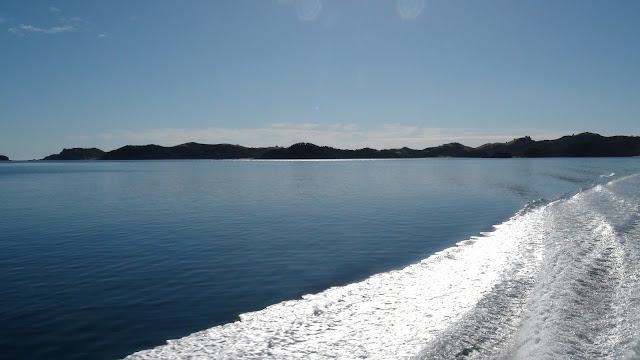 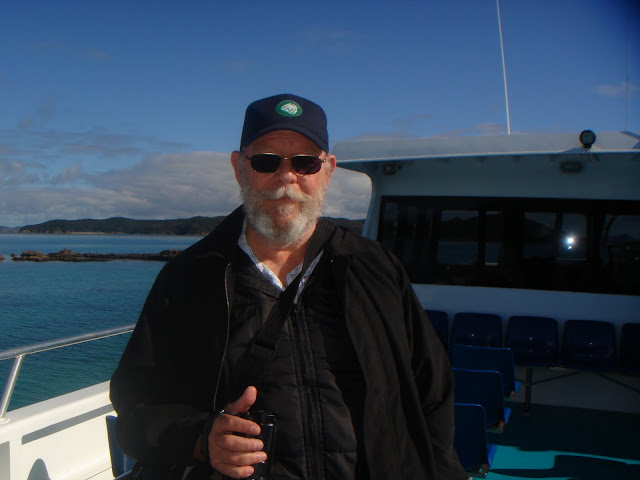