The morning was spent walking to some of the sights in and around Auckland, we wanted to be sure that our fitness levels are improved. I must say that we thoroughly enjoyed ourselves even though we had to stop frequently. The highlight of the morning was the discovery of some really old and dearly loved magnificent old tree's. 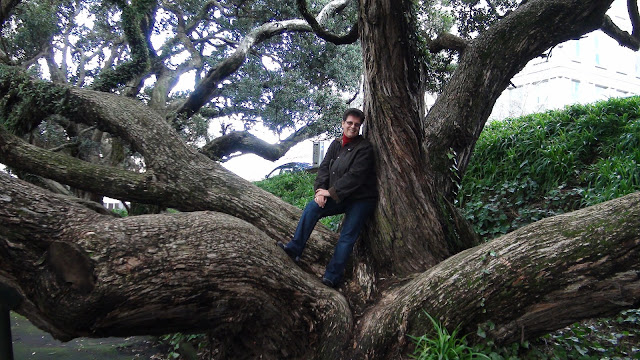 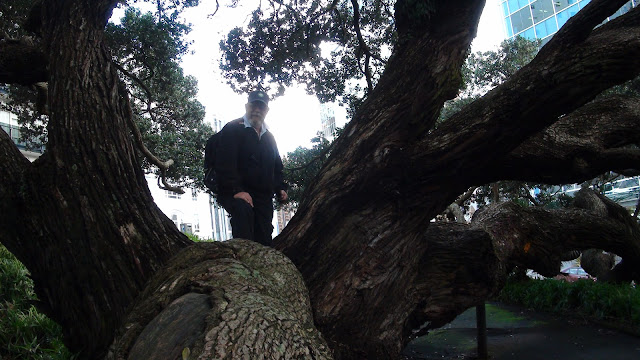 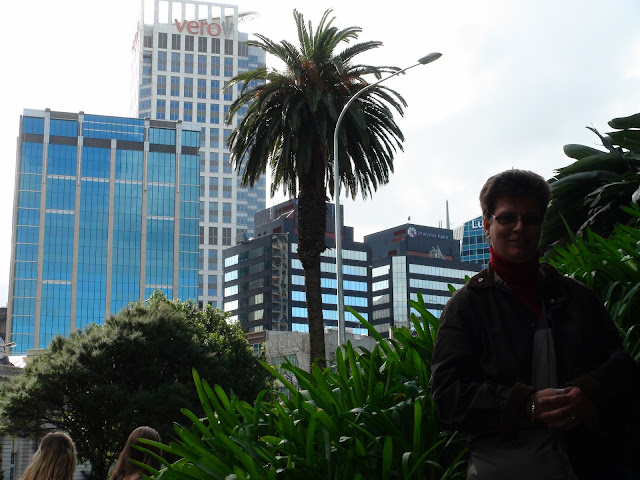 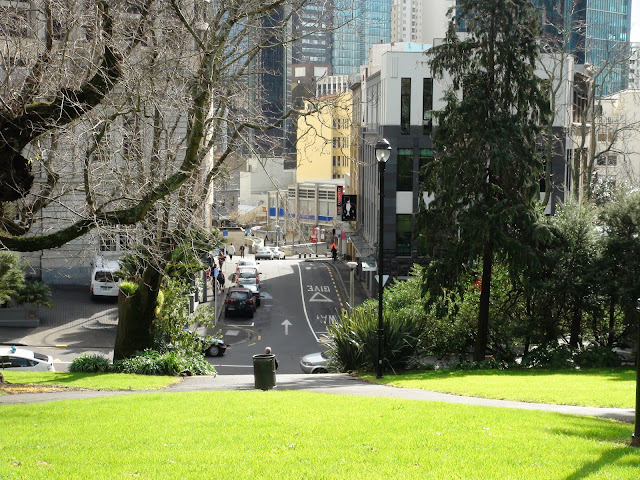 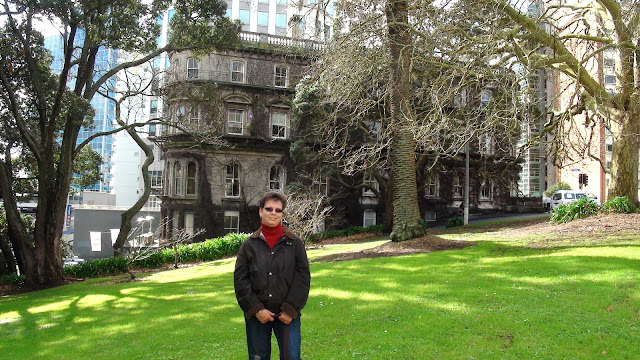 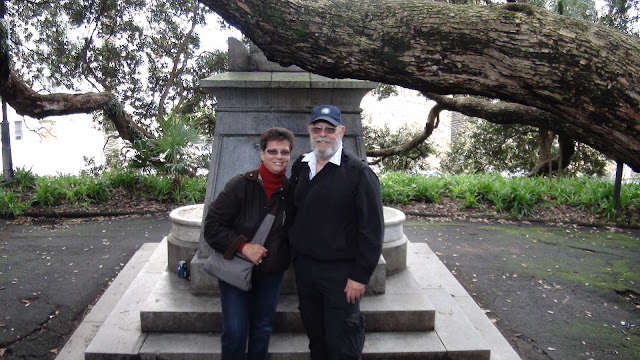 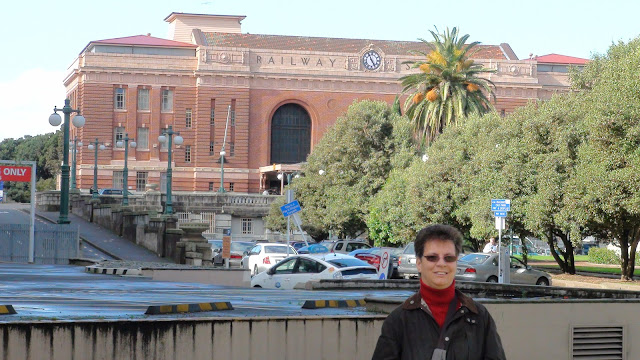 After lunch we took a walk down to Budget car rentals and collected our little Toyota Corolla Hatch for our trip to the Bay of Islands. This was meant to be a leisurely drive, taking in the sights and stopping frequently to experience the local hospitality.

The journey started well enough and we decided to call this Pete's Day, should never have done that.... An hour and two stops into the journey we came across a white station wagon  on the shoulder of the road with what appeared to be smoke escaping from the window and or door seals. I pulled over just in front of the station wagon and put my hazard lights on as there was quite a bit of traffic but no one appeared to be concerned about this smoking vehicle.

I had not been able to see into the vehicle so had no idea what to expect and a fleeting thought of the recent Casino NSW gassing (a father took his life along with those of his children on the side of the road). I initially went to the drivers door but the passing traffic was so close to taking me out that I thought better of this and went around to the passenger door instead. There was no sound coming from the car and the smoke was really serious but was not from the engine, it appeared to be coming from the cabin so I hoped the car had been abandoned.

I opened the front passenger door and thick acid dark brown smoke billowed out, I could see nothing through it but just as suddenly there was a whooshing sound and the interior erupted in flame (there may have been some flame prior, I just don't know). I had just let in a lot of oxygenated air and this was fuelling the fire, I immediately shut the door but in the process I had glimpsed what appeared to be a person in the drivers seat and I definitely heard a groan.

My mind was racing there was someone alive in there and that person along with the entire cabin was ablaze, I needed to suffocate the fire but also needed to get the person out, I had nothing to hand, didn't even know the emergency numbers for this country. How damned unprepared am I? ... Pocket knife confiscated at Brisbane Airport .. nothing to cut the seat belt with, I'll have to climb in... Can't!!.. I'm petrified of fire .. they say you can't remember pain - bull-dust! anyone who has been burnt never ever forgets that... months of absolute agony. I was yelling at traffic to stop waving my arms frantically and very near panic, finally someone stops but then he is reversing away from me, I can't believe that! I rush back to the car open the drivers door, again the whooshing sound, the acid brown smoke, the sweet stench of burning flesh, the heat and the flames, I can't do this on my own, again I shut the door to suffocate the flames while I get something to free him with.

Then the car starts to roll forward... "oh God No!" I think as it barely misses the Corolla with Ronnie still in it, travels halfway around the bend gaining momentum due to the camber of the road, crosses the oncoming lane miraculously missing all oncoming traffic and crashes into the bush on the other side. I ran after the car and before I knew it I had help and we had the driver free of the station wagon... someone tackles the fire while we tend the driver... we needed water to cool the driver who was in a very bad way... traffic had stopped in both directions... people sat there in their cars with their windows up so that I had to scream and beg for water. 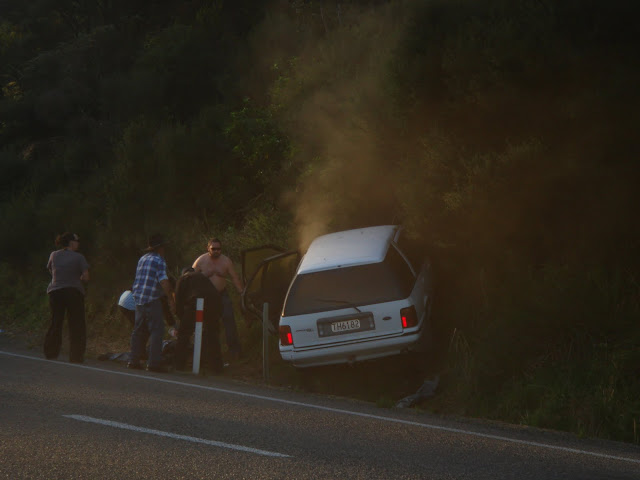 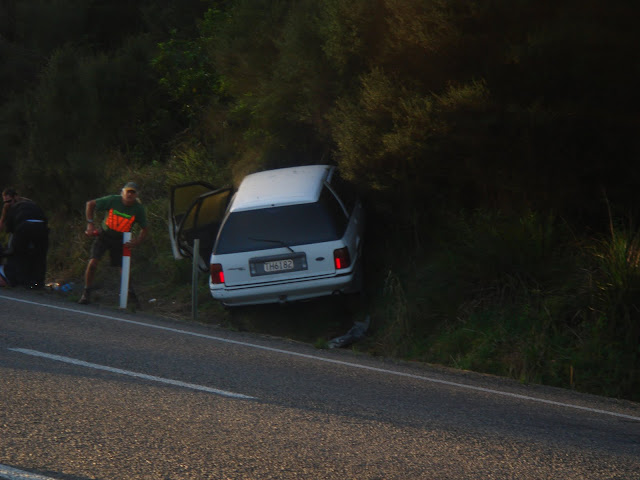 Finally we were able to get a few bottles of water which we began to administer slowly to the burns until emergency services arrived.

A helicopter was brought in to transport the driver to hospital and we continued on our journey after the obligatory statement's to Police. We have no idea how the driver is but I am surprised that he was still alive when emergency services took him from the scene, so much smoke, so much heat, so much damage!
Posted by Peter at 20:37:00