They say a visit to San Francisco is not complete without a visit to Alcatraz and I can confirm that it is very educational. I'll bet that a whole bunch of people are expecting me to write about it's history, sorry to disappoint you - you will have to visit and take the tour. I highly recommend the audio self tour which can be done at ones leisure. I found myself rewinding quite frequently, completely enthralled and not wanting to miss anything. Most interesting is that the Audio is provided by a few of the inmates and a few of the prison guards with some sound effects to give you a sense of the atmosphere... really good:)

Some interesting things I didn't know; For the most part, up until the 1960's Alcatraz was always a penal island of sorts. During the civil war it was a military prison. The most famous of escape "attempts" (3 dummy heads had been created which were realistic enough to put the wind up some of the guards) was thought to be a failure due to the temperature of the water and the strong currents, add to this the fact that the escapees were never seen or heard of again.. Why the term was?

Several years ago somebody came up with the idea for an annual swimming race from Alcatraz to the mainland and as you would expect in this city which is so unique, the idea took off. This in itself was not enough to sway a lot of the die hard believers (in the failure) of the escape attempt, what did it was that a pubescent child (depending on tour commentator the age was 7 - 10 and some say he won the race)  successfully completed the challenge. Wonder where the parents were and what they were thinking - but that's just me I guess. Anyway since a child has survived the swim, it is quite conceivable that 3 hardened desperate criminals could have escaped and the planning had been such that it really is no surprise that they were never seen or heard of again. 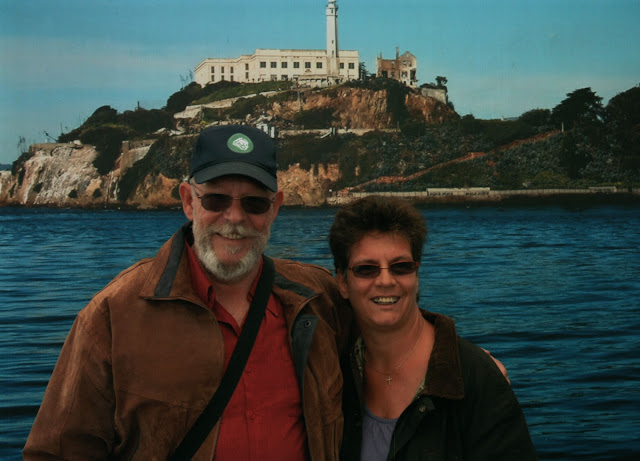 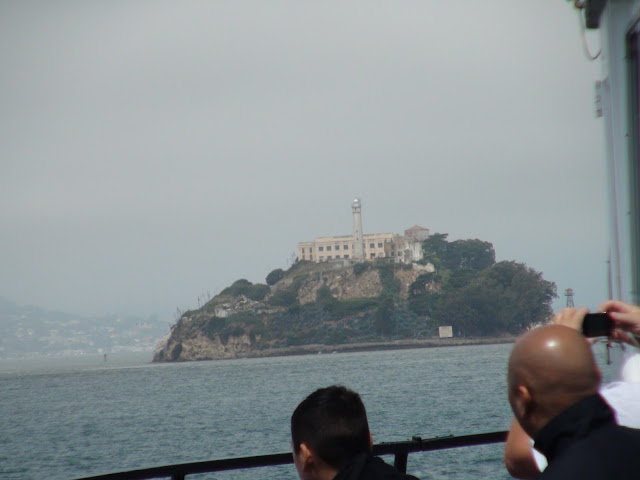 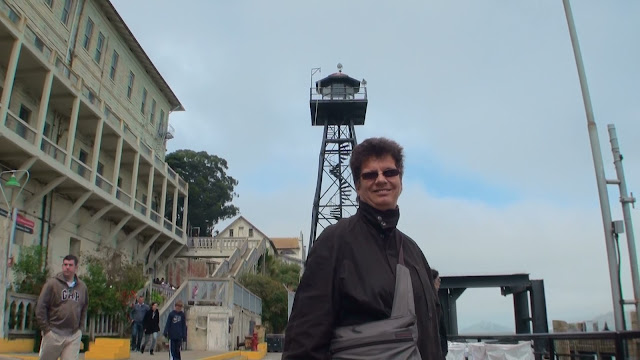 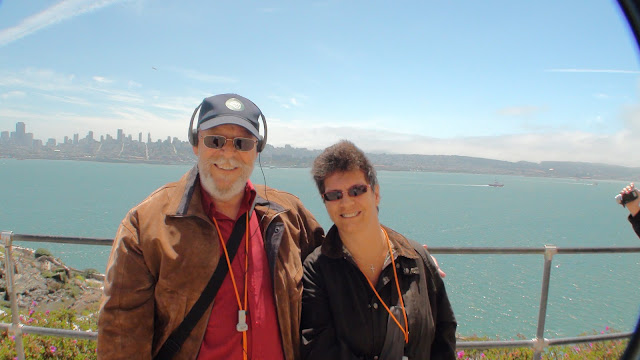 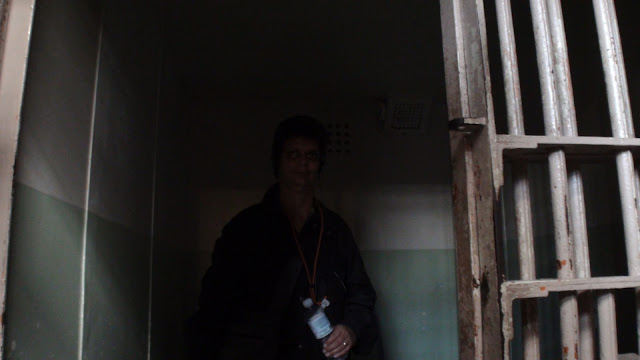 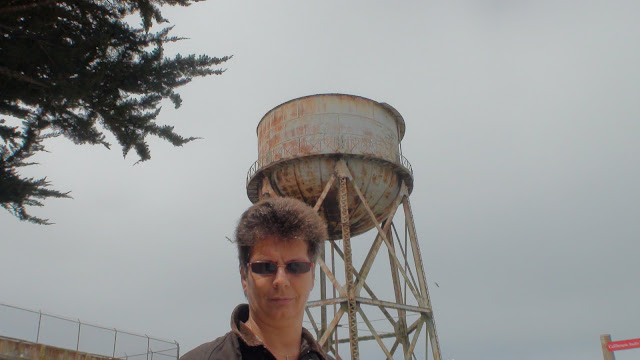 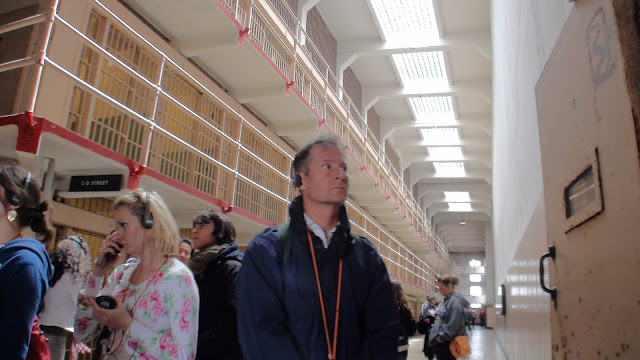 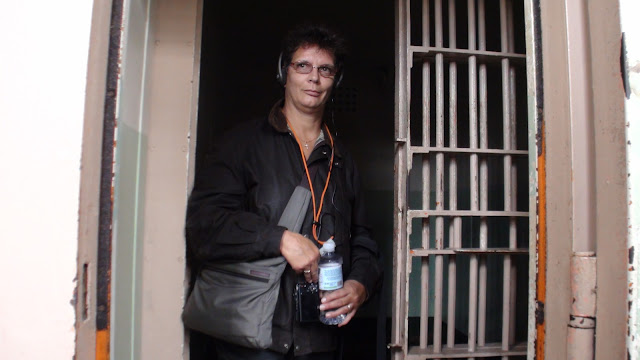 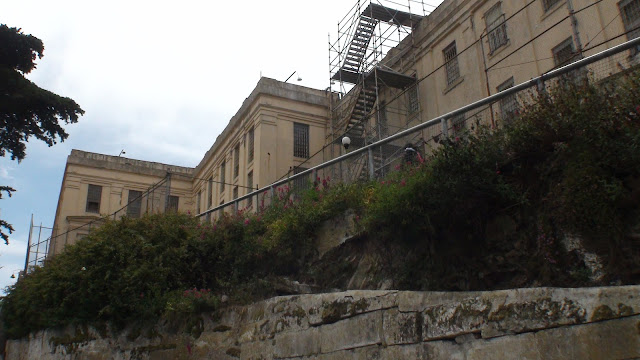 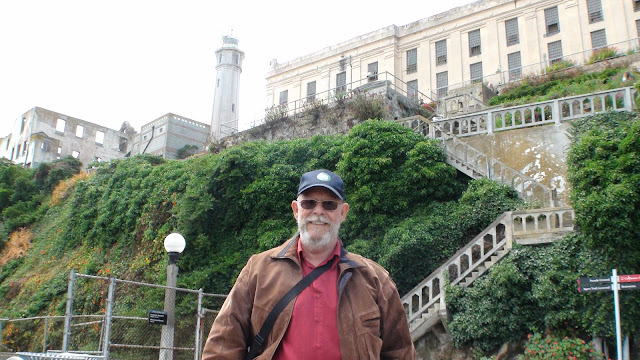 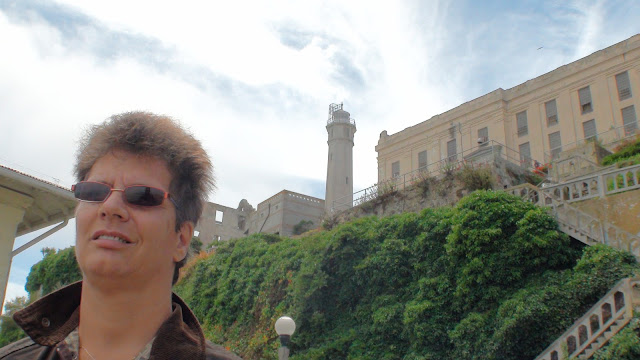 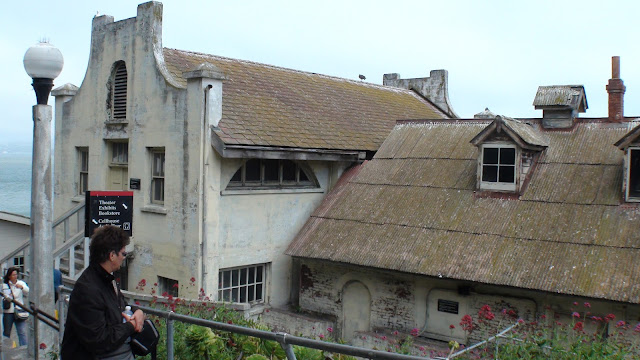 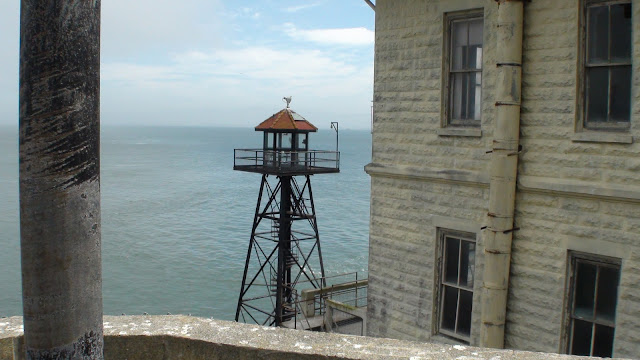 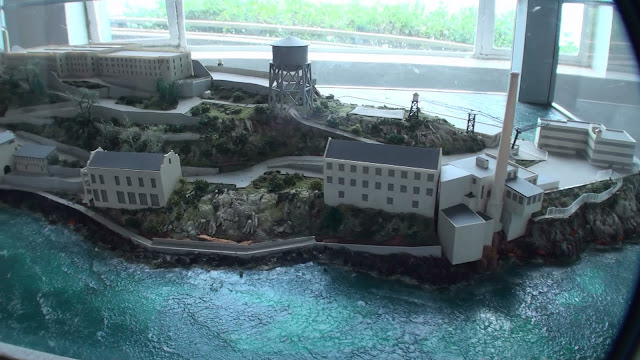 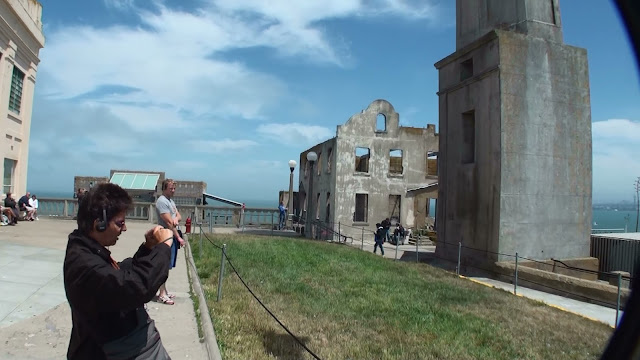 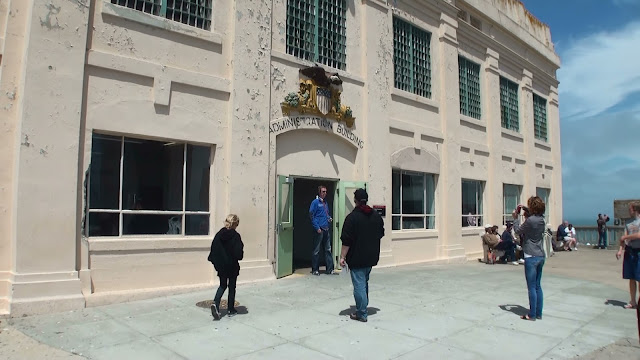 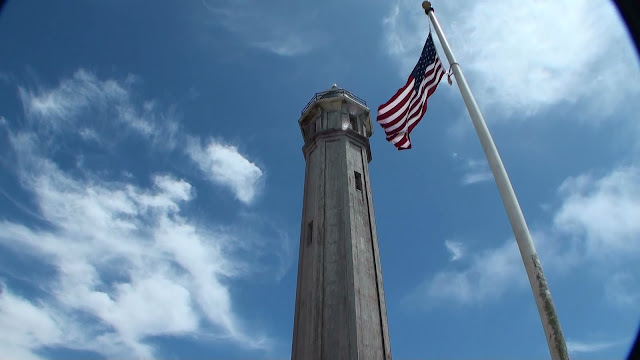 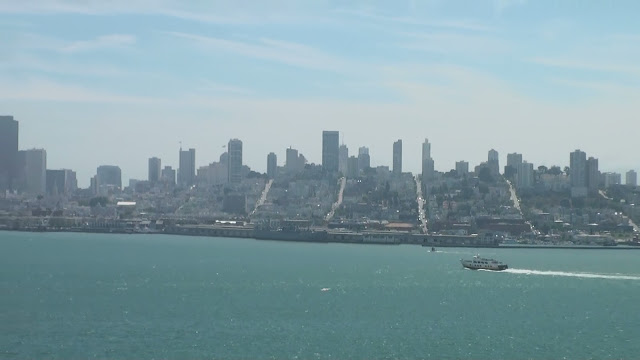 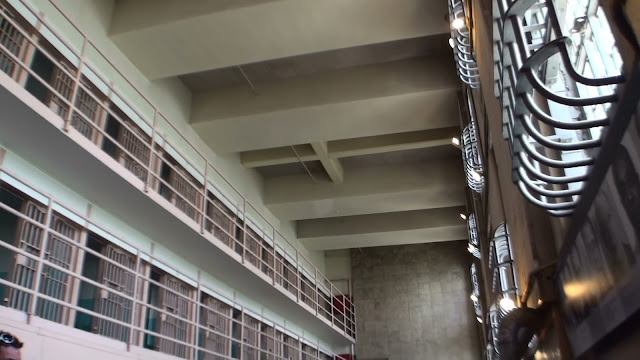 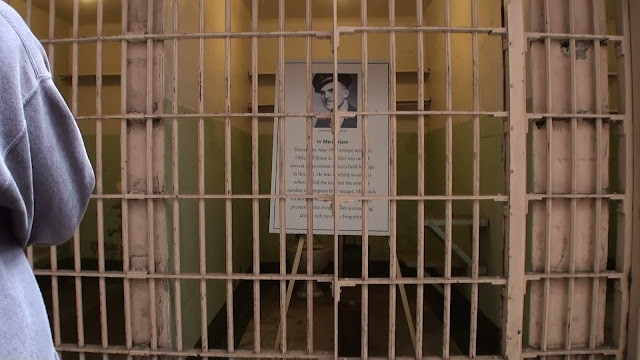 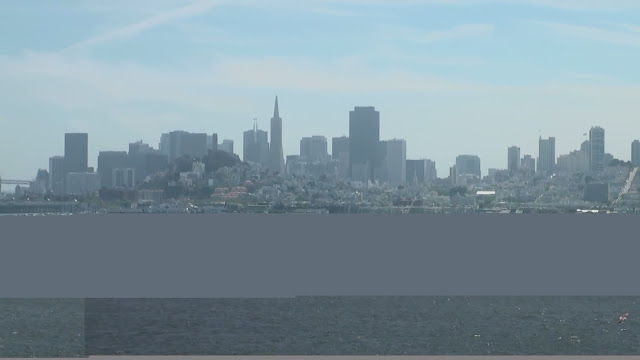 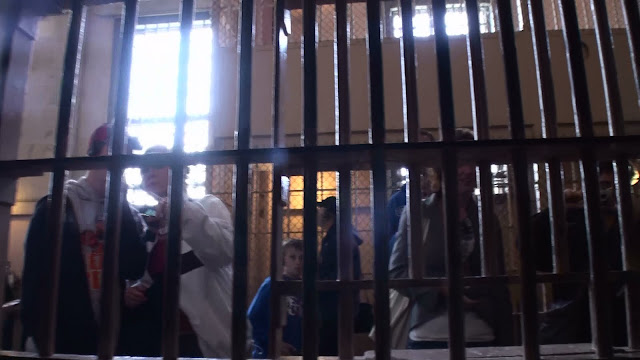 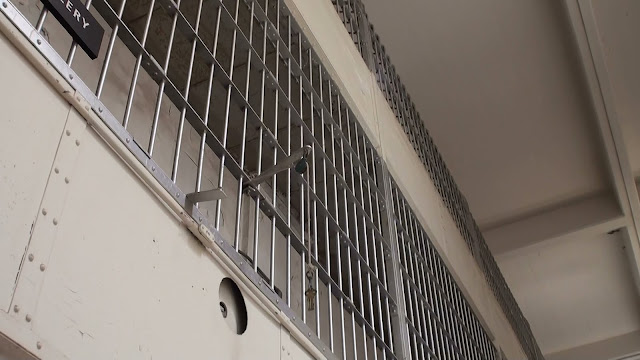 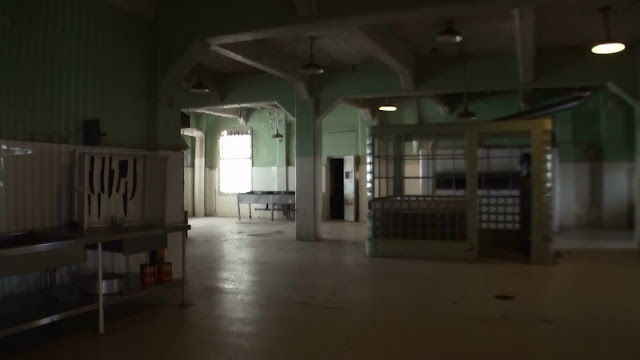 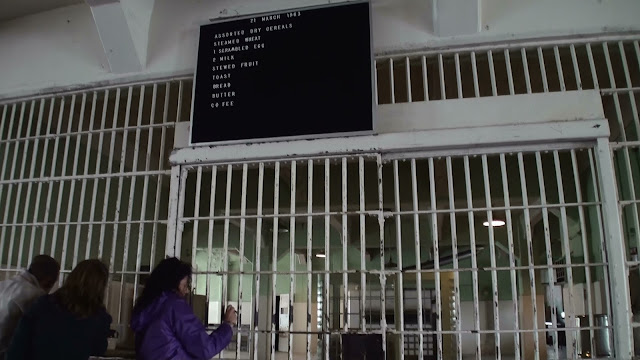 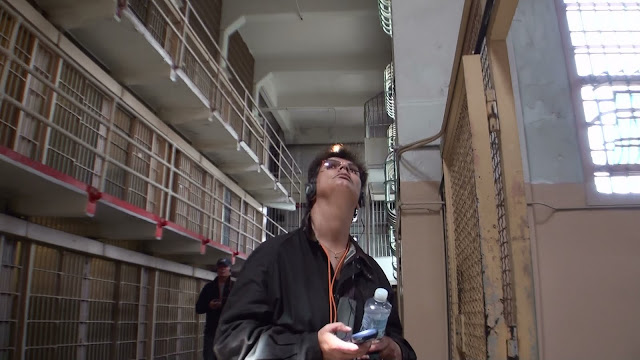 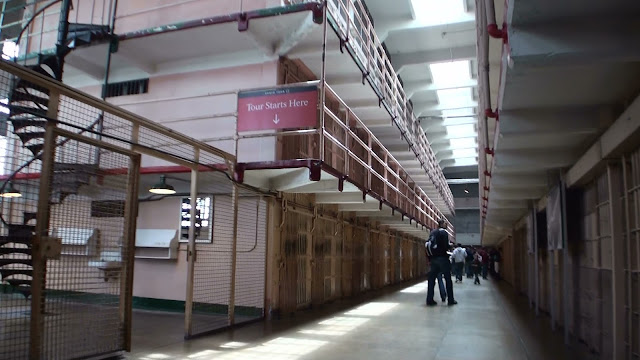 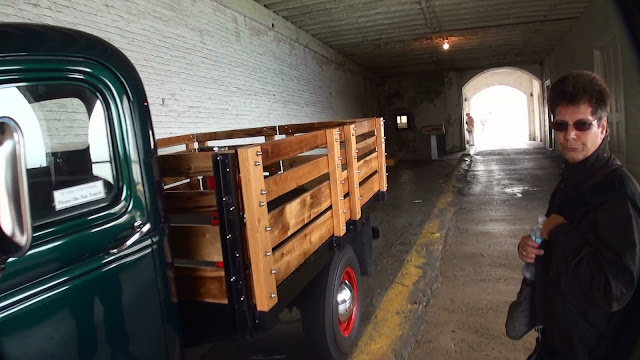 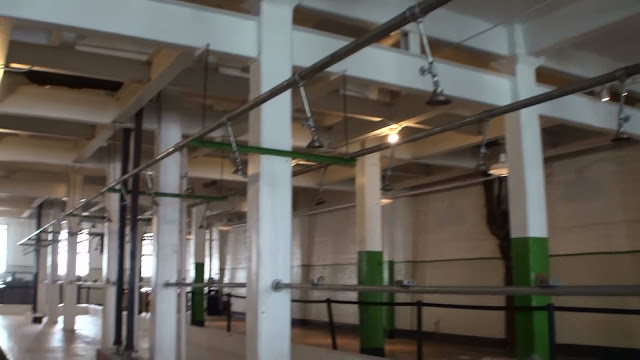 This excursion wiped us both out but especially Ronnie. Her back was so bad she could barely move once we got back to the wharf so it was straight back to the hotel, hot bath, massage and complete bed rest.
Posted by Peter at 04:13:00